Benefits Street: Territorial Stigmatisation and the realization of a (tele)vision of divisions 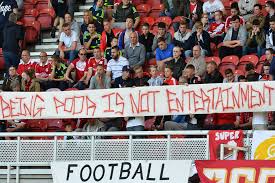 Tom Slater and I put our heads together a little while ago and wrote a piece exploring some reactions to the initial series of Benefits Street. We examined the responses to the programme by Iain Duncan Smith, Christian Guy (Director of Duncan-Smith’s ‘think-tank’ the Centre for Social Justice) and Fraser Nelson (Telegraph journalist and Advisory Board member of the Centre for Social Justice) using Bourdieu and his work On Television and Wacquant’s work on terrirotial stigmatisation or ‘the taint of place’.

We think it’s quite a good piece, although the anonymous reviewers who saw it disagreed. Thankfully, Bev Skeggs viewed it more positively and has posted it on her Values & Value blog, which is well worth a browse in its own right. If you do read our piece and like it, or indeed even if you don’t, Bev has written a fascinating short piece on Benefits Street called ‘Legitimizing Slow Death’ which examines Benefits Street, drawing on a ‘theory of monstrosity’…..

I’m having a bit of a break from Twitter for boring reasons which I won’t go into here, so if anyone wants to make Christian Guy, Fraser Nelson and/or others involved with the Centre for Social Justice or the making of Benefits Street aware of our critique, please, be my guest…