A couple of weeks ago, Iain Duncan Smith delivered a speech at the 2nd annual Social Justice conference organised by the government.

Ther government have, in my opinion, set to out to re-define what social justice is and their concept of social justice is overwhelmingly focused on the most marginlaised members of our society. The Secretary of State highlights how the publication of the government’s Social Justice strategy was

This ‘misappropriation’ is something I am very interested in and am exploring further in a event at Newcastle Law School on the 4th December – more info here – but it isn’t the primary subject of this post. Instead, here I’m interested in the ways in which this government are setting out to ‘help’ these groups of people.

Towards the end of the speech, under the heading ‘Social Investment’, Iain Duncan Smith goes on to say:

This is a historic break from a system that for too long, fostered dependency rather than transforming lives…

… and one which will not happen using the same old methods.

As I said at the beginning, the Social Justice Strategy was always about challenging the status quo.

Encouragingly, I believe one final measure of our progress over the past 18 months has been emergence of radical and creative ways of achieving social change.

We now have over 30 schemes and pilots up and running, where providers are paid at least in part for the outcomes they achieve in improving in people’s lives.

Because the focus is on results, instead of inputs, providers are freed from rigid processes and given scope to innovate.

Spurred on by a growing social investment market, new models are coming to the fore, such as social enterprises and social impact bonds…

… in turn bringing in new investors –  private sector companies, high-net individuals, and venture capitalists… groups who might never before have seen themselves as part of the solution for change.

The introduction of a social investment tax relief will open up that market even further.

Just as Gift Aid has encouraged charitable donations, so my hope is that the tax relief will incentivise anyone with savings to put their money into social investment.

Alongside new infrastructure – a Social Stock Exchange and the Early Intervention Foundation, which is already starting to assess and advise on programmes’ social return on investment…

… this is opening up exciting new prospects.

It is difficult to know where to begin, but essentially we are seeing some of the most marginalised and disadvantaged people in our society being ‘re-branded’ as an investment opportunity for ‘high-net individuals’ and ‘venture capitalists’ with the services required to help these people being re-defined as a marketplace where canny investors can make a tidy profit out of other people’s misery. This does not make any sense to me at all, no matter how much I think about it, especially when it is carried out under the banner of ‘social justice’. 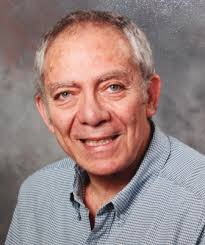 Stan Cohen highlighted in his classic 1972 book Folk Devils and Moral Panics that it was possible to exploit ‘deviancy’ for a number of purposes – religious, political, commercial etc and that disadvantaged groups were often “preyed upon” in various ways, some more subtle than others.. He references Lemert who noted “the socioeconomic symbiosis between criminal and non-criminal groups” which “refers to the direct or indirect profit derived from crime by persons such as bankers, criminal lawyers, corrupt policemen, court officials and lawyers” which seems very appropriate for this situation. 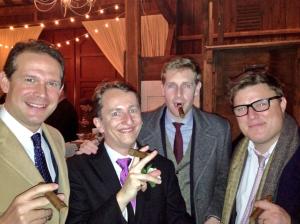 ***I will be exploring the ideological exploitation of the Troubled Families Programme in a paper to be given at the Moral Panics seminar in Cardiff on 22 November 2013, which I will post here shortly afterwards.